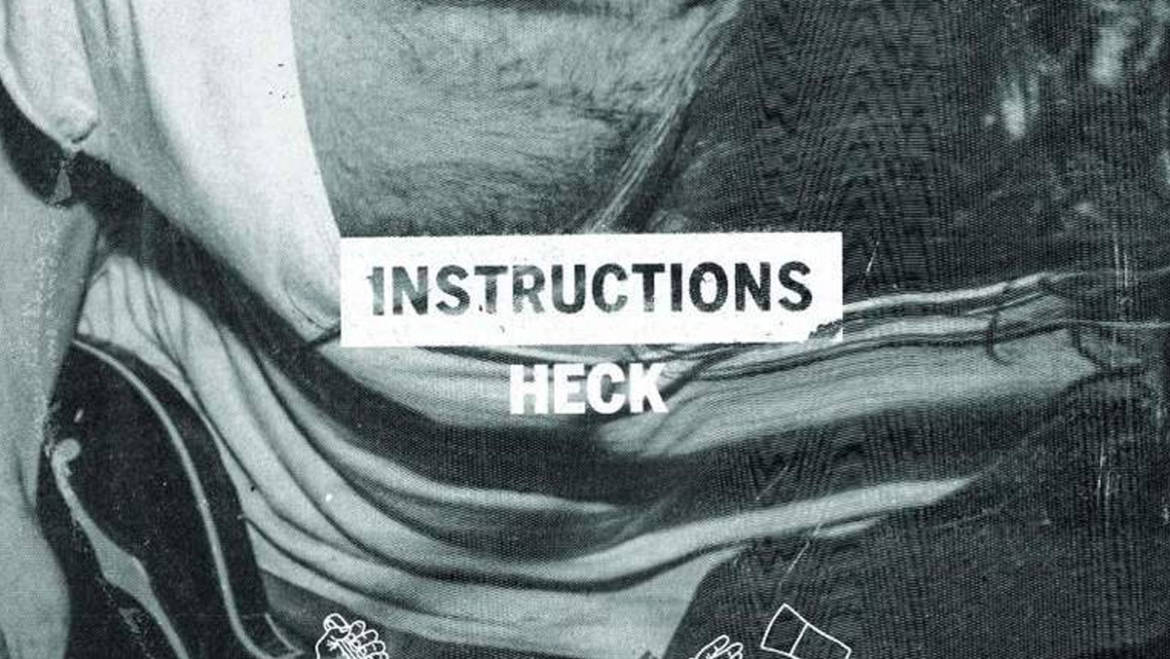 It poses somewhat of a challenge for a band with such an immense live reputation to transfer their skills and capture their energy on a produced album. HECK not only managed this, they bossed it. The album is full of energy, raw energy. The songs are soaked in sweat, I’m pretty sure I was already sweating when the needle reached “Don’t Touch That Dial” which was released as a single last year with a stunningly creepy music video. The track.s outro is equally creepy with evil screams almost disguised as a melodic lullaby. Formerly know as Baby Godzilla, HECK have shown the world how well they can play their respective instruments on this album, with bastard drum solos, devilishly fast basslines and guitar as slick as anything. These boys really can play.

“Instructions” reaches dramatically dizzy & epic heights but if I was to choose a standout track it would be “Totem” which slows the album down just a tad, was that jazz? The whole album has stayed true and epitomised the live show and the energy of the Nottingham group that we know and love and is a work they should be extremely proud of.